Your browser does not support JavaScript!

Gain Coins General Sale Prices How to grow faster Where do I get? 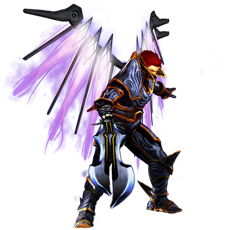 Every warrior and magician have their handicaps in this game, they can't use both the sword and magic!

But you know what? MU online figured it out and the Magic Gladiator is the most complete fighter! This character has its unique way of appearing in the MU continent because he can appear as a great and powerful magician (but he can't use the teleport magic like the Dark Wizard) or as a fierce warrior.