Ok, so there are two very possible bugs with the success rates to report.

Second one - 400 Lvl socket weapons mix (the ones where you buy materials from X shop with Goblin Points, mix requires materials + 3 socket items +7 +4, success rate is 40%). I have personally made 5 attemps (granted, first was with 33% rate, not 40%), and haven't had a single success. francky also told me he tried twice, both failed aswell. So to have 0 out of 7 succeed with 40% rate, the chance is like 2-3% so this is also most probably a bug (but can still use a couple of tests by admins to confirm, don't feel like wasting more jewels/items on it).

If people have managed to have a Higher Refining Stone fail or a 400 Lvl socket weapon succeed, please post here so we can dismiss the bugs.

I agree on 400 level item bug. Please check the config on this mix.
Thanks.
Top 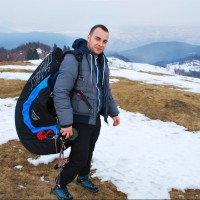 Thanks for your reports again!
Top
Locked
3 posts • Page 1 of 1

Jump to
Powered by phpBB™ • Design by PlanetStyles